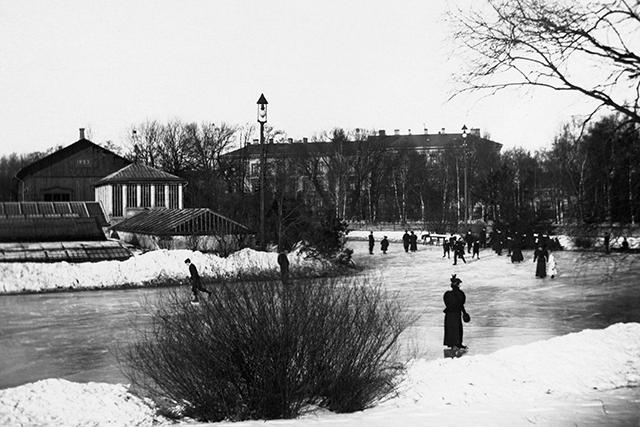 The Garden Society of Gothenburg was founded in 1842. Garden, recreation and togetherness are still the keynote of the park.

The middle of the nineteenth century was a time of burgeoning interest in flower-growing and horticulture all over Europe. Many horticultural societies were formed, modelled on the Royal Horticultural Society in England. For more than a century and a half Gothenburgers had lived encircled by the stout citywalls of granite. Now they longed for lush greenery.

Architects and gardeners tackled what was then marsh and fen. The middle classes began to take an economic interest in the beautification of their city, land was made available and the Garden Society of Gothenburg was founded in 1842. The park had at that time a busy trade in seeds and plants and became one of Sweden’s leading plant nurseries.

To this day Trädgårdsföreningen is a joy to all the senses. A sea of green at the heart of the city. Garden, recreation and togetherness are still the keynote of the park. The garden tradition lives on in florists and nurserymen, in parkland strolls and in seminars. Far from the stress of the big city, yet right in the centre.