Gothenburg stands up for Freedom of Expression

Gothenburg's literary actors are collaborating to bolster free speech. Bidding to become an UNESCO City of Literature is a way to further strengthen this collaboration.

The literary actors are concerned that the level of democracy is declining steeply around the world, which is shown in statistics from V-Dem. In 2021, Gothenburg celebrates its 25th anniversary as a city of refuge for persecuted writers and artists. Gothenburg is clearly affected by the global situation.

— There are two Gothenburgers who are imprisoned for doing their jobs as writers, publishers and journalists, says Marit Kapla from Swedish PEN. Swedish PEN refers to Gui Minhai who is imprisoned in China and Dawit Isaak who has been imprisoned in Eritrea for 20 years. They have previously lived and worked in Gothenburg.

— As members of ICORN, the City of Gothenburg and Region Västra Götaland also support the people who have been colleagues to these imprisoned people, the coordinator Johanna Lindström says.

This year, 2021, marks 20 years since the Eritrean regime shut down all the independent media and silenced freedom of speech. One of the many journalists and writers detained and disappeared was the Swedish-Eritrean journalist Dawit Isaak.

Ghirmay Yohannes, a Gothenburg-based former ICORN-author, with the support of PEN Eritrea and some writers and translators around the world, has made the magazine ግዜ/TID/TIME in three languages (224 pages) in order not to forget the disappeared journalists. Ghirmay Yohannes worked in Gothenburg as an editor in close cooperation with the Gothenburg Literature House and the magazine Ord&Bild. The Magazine was released at Gothenburg Book Fair September 2021.

This unique project is supported by several literary actors in Gothenburg and the region who are involved in the bid to become UNESCO City of Literature. 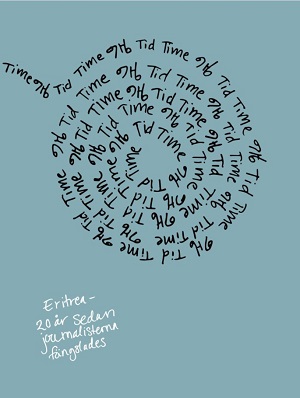 The magazine ግዜ/TID/TIME about the journalists, playwrights and editors imprisoned since September 2001 in Eritrea. The magazine is in Tigrinya, Swedish and English.